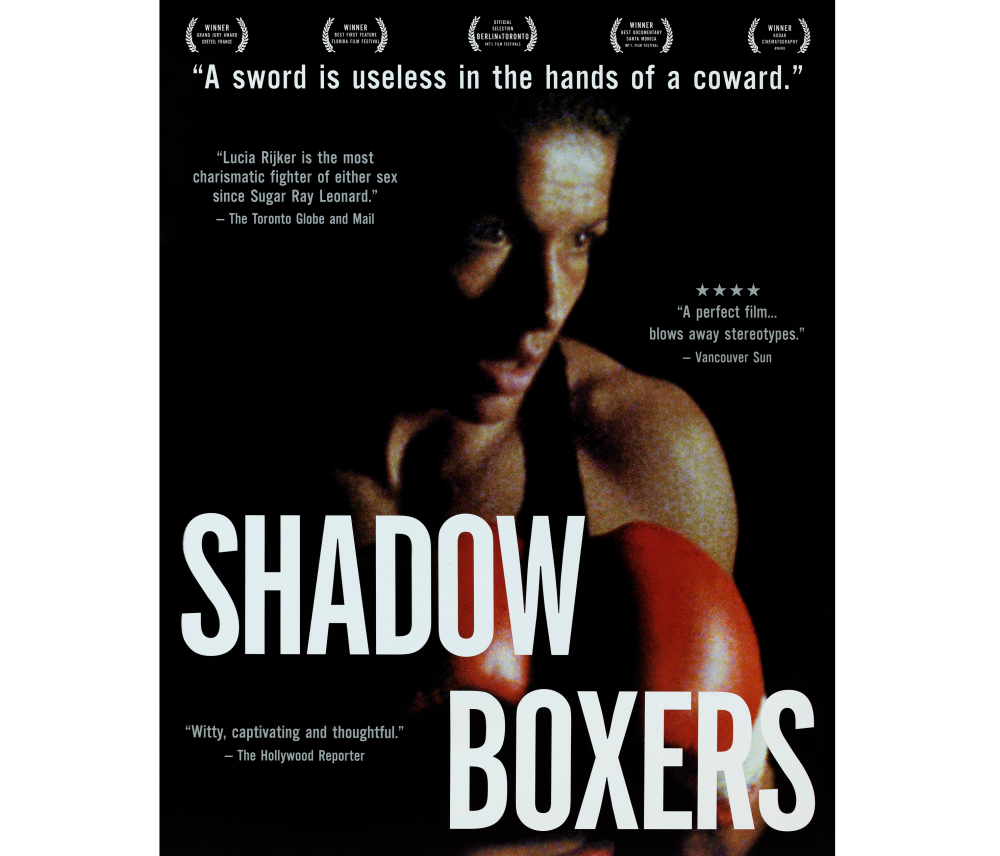 “This is one euphoric, hopped-up film that delivers the body shots...a visceral experience of boxing that dives right into these women’s arteries and through their hearts, pumping back out through their fists. Shadow Boxers never lets up.” - B. Ruby Rich, The San Francisco Bay Guardian

“Gorgeously produced and passionately convincing…Shadow Boxers is smartly designed to be viewed by non-boxing fans… Next year’s documentary nominees for the Oscar should include Shadow Boxers.” - Katherine Dunn, novelist and writer for New York Times Magazine

“A winning portrait of a winner…Bankowsky has made a film as graceful and thoughtful as Rijker.” - Los Angeles Times

I hate boxing, men or women boxing… I am as surprised as anyone to discover a brilliant new documentary on this new women’s sport.” - Alex Scudder, American Dreamer

“The way Lucia Rijker is photographed in Shadow Boxers makes her look as gorgeous as Ava Gardner- and a better bet to take Mike Tyson than Will Smith ever was.” - Tim Carson, Esquire

“Lucia Rijker is the most charismatic fighter of either sex since the days of Sugar Ray Leonard.” - Toronto Globe and Mail

“I can’t front. I wasn’t feeling the idea of going to see a movie about women boxers. Gritty and unapologetic… Shadow Boxers is so empowering that this writer found herself feeling she owed these women a big apology.” - Kinyetta Jones, The Source Sports

“Shadow Boxers is as smooth and powerfully packed as its protagonist.” - Amy Taubin, The Village Voice

“Beautifully shot and edited, Shadow Boxers stands as one of the best boxing films you’re likely to see.” - Willamette Week

“Shadow Boxers is absolutely a crossover hit-to-be. In short, Bankowsky does for boxing what Hemingway did for bullfights.” - Lisa J. Curtis, The Brooklyn Papers

“Visually stunning…Bankowsky’s use of styles is both subtle and one-two fuck you. If you stay away from this film simply because you have no interest in boxing, you’ll miss the brilliance of a filmmaker who’d make physics interesting”. - Colleen Van Tassell, The New Haven Advocate

“This is truly a new kind of filmmaking.” - Robyn Schiff, sportcut.com

“A subtle achievement in filmmaking that reaches far beyond the screen.” - Katherine Monk, Vancouver Sun